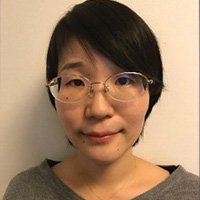 Title: Application of a Pedometer for the Management of Impaired Glucose Tolerance in Pregnant Women

Mariko Ueno has graduated Faculty of Medicine, Tokyo Women’s Medical University, Japan in 2008, and she has completed her PHD from same university in 2020.
She became a medical specialist of Obstetrics and Gynecology in 2013, and a medical specialist of Perinatal and Neonatal medicine in 2017.
She has been an Assistant Professor of Departments of Obstetrics and Gynecology, Adachi Medical Center, Tokyo Women’s Medical University, Japan since 2016.