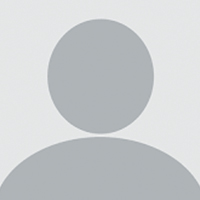 Diabetes mellitus is the most common metabolic disorder that affects more than 300 million people worldwide. The purpose of this study was to investigate the effect of intravitreal mesenchymal stem cells (MSCs) application derived from bone marrow of spraque dawley rats, on blood glucose level and intraocular pressure. Thirty two Spraque Dawley rats were used their age 2-3 months, weight 150-350gr. All groups were generated randomly; Control (6), MSCs(6), D(10) and D+MSCs (10). Diabetic rats were obtained from high single dose intraperitoneal Streptozotozin (60mg/kg). Mesenchymal stem cell applications (1x106 live stem cells/4µl) was applied twice, 48 hours apart to MSCs and D+MSCs groups. Right intraocular pressure of the rats was measured with a tonometer. The work took 25 days. The relationship between intraocular pressure level and blood sugar level was fallowed before and after injection. There was a significant decrease in intraocular pressure on stem cell injection day, which returned to the baseline in 48h. While there was not much difference in the right intraocular pressure, a significant difference was observed in the left intraocular pressure without stem cell application.Treatment of diabetic rats with MSCs stem cells significantly prevented blood glucose level from rising. In conclusion, intravitreal MSC application that have the capacity to differentiate into functional insulin-producing cells capable of controlling hyperglycemia, in diabetic rats. This may be helpful in the prevention of diabetic complications in the eye. It was thougth that BMSC applications should be use in vast area for the aim of retinal regeneration. The factors necessary to move forward is to establish unified criteria for the dose to be used.Stem Cell was produced at Erciyes University Genome and Stem Cell Center. This study was supported by the Erciyes University Scientific Research Projects Unit with the code TDK-2017-7751.