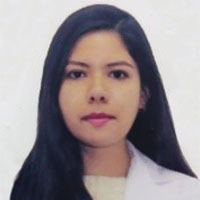 Title: Continued breastfeeding at 18 months in offspring of mothers with and without gestational diabetes under educational intervention

We evaluated the practice of breastfeeding, and its effect on anthropometric and neurological development, in children <2 years old, offspring of mothers with and without gestational diabetes (GDM) that received an educational intervention.
Three groups were formed from an ongoing study: GDM with educational intervention (GD, n=83); without GDM with educational intervention (EI, n=29); and without GDM without educational intervention (NoEI, n=26). Intervention consisted in monthly sessions concerning breastfeeding and complementary feeding in the first 3 months, and tri-monthly to month 18. All mothers completed a questionnaire on breastfeeding, and the offspring had anthropometric measurements and neurological evaluation with the Denver scale at baseline and 18 months.
Continued breastfeeding at 18 months (CBF) in the total sample was 43.5%. The group with best adherence to CBF was the GD, with 55% vs 26.7% EI and 18.3% NoEI, p=0.351. The weight/length z-score was lower in children in the GD group with CBF, compared to those without GDM without CBF (p=0.03).
Percentiles of weight/length and BMI/age were lower in GD babies with CBF vs children without GD without CBF (p=0.016 and p=0.023, respectively). Percentiles for weight/length, weight/age, length/age, BMI/age and cephalic perimeter were lower in GD babies with vs without CBF (p=0.016, p<0.001, p=0.001, p=0.044, p=0.006, respectively). Percentiles of weight/age and weight/length were lower in GD babies with CBF vs NoEI without CBF (p=0.016 and p=0.031).
In the Denver scale, in the GD group, 70.8% of those without CBF had failing scores, compared with 29.2% of those that received CBF (p=0.209), noting better performance in personal-social and fine motor tests in children with CBF (passing scores in 100% and 98.3%).
Continued breastfeeding after one year showed differences in growth parameters only in the offspring of GDM mothers.
Finally, offspring of GDM mothers that received CBF performed better in tests of neurological development.

Melissa Adriana Cárdenas Aguirre is a recently gratuated Medical Surgeon and Certified Midwife, specializing in Breastfeeding Practices. She is currently involved with a multicentric study involving hundreds of pregnancies with and without gestational diabetes, with a 2-year follow-up of both mothers and offspring. She hopes to continue research in this area.