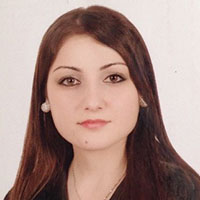 Title: Transcription factor 7-like 2 (TCF7L2) rs12255372 variant and the risk of type 2 diabetes mellitus among the Kurdish population in Erbil, Iraq

The genetic predispositions related to type 2 diabetes (T2D) in the Middle East are poorly understood. One of the most common SNP located in the TCF7L2 gene is rs12255372 variant which elucidated a significant role in developing T2D, especially in the European population. The current study is the first to have examined the association between TCF7L2 rs12255372 variant and T2D among the Iraqi Kurdish population from Iraq. Three hundred participants were enrolled in this study: 150 were type 2 diabetic patients and 150 were normoglycemic controls. For genotyping rs12255372 (G?>?T) variant, Tetra ARMS-PCR was used which is high-throughput, cost and time effective technique. The genotypic frequencies in the additive genetic model for GG, GT, and TT were 62.7%, 24%, and 13.3% in the normoglycemic controls, respectively, and for the diabetic patients were 50.7%, 20%, and 29.3%, respectively. The TT genotype was found considerably higher in cases when matched to the normoglycemic controls in both co-dominant and recessive models with OR (95% CI)?=?2.64 (1.29–5.41) (p value?=?0.006) and OR (95% CI)?=?1.531 (1.232–1.902) (p value?=?0.001), respectively. These frequencies indicated that the carriers of the TT genotype were more susceptible to T2D compared to other genotypes. The T allele showed a high significant frequency in T2D patients compared to the normoglycemic controls with OR (95% CI)?=?1.38 (1.16–1.59) (p value?=?0.000). Our results suggest rs12255372 T allele as a putative risk factor that increases the susceptibility of T2D among the Iraqi Kurdish population.

Delan Younus has completed her MSc. (with honor) from Leicester University, UK. She is a lecturer and a researcher at the Research Center, Salahaddin University, Erbil- Iraq. Delan has a fieldwork experience as well as assisting the post-graduate students with the laboratory work. She is interested in the integration of molecular biology with the diabetology, and immunology. And the application of molecular in understanding the role of genetic mutations in causing different disorders.