GLOBAL MEETING ON DIABETES
AND ENDOCRINOLOGY 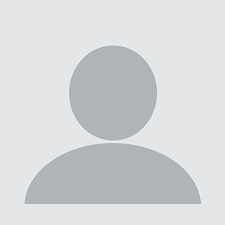 The major health hazard of the modern world, “Metabolic Syndrome” or “Syndrome X”, defined by WHO, as pathologic condition characterised by abdominal obesity, insulin resistance, hypertension and dyslipidemia. It is being accepted almost a decade ago that we are in the phase of epidemic for this Non Communicable Condition. Though it was started in western world, spread of western lifestyle across the globe, truly it has now become the major global issue. Until recently the condition was far more prevalent in urban population than rural but in today’s time, especially in Country like India, the incidence showed trends towards becoming almost equal. Though recognised all over the world, the condition is rather dealt as managing different component(s) of the syndrome rather than taking the syndrome per say as diagnosis. We rather tend to care much of those patients who actually show prominently one or more components of metabolic syndrome, and this can lead us to neglect rather major bulk of patients who, in spite qualifying criteria of diagnosis of metabolic syndrome, but all components are in early phase, where not only patients are asymptomatic but also the physicians caring for them do not reinforce the importance of the needed care at this very moment to prevent all those future consequences of this deadly condition.
Healthcare all over world, particularly in India has shown enormous growth, in terms of not only infrastructure but also skill development. Today we do have much better level of expertise in all the subspecialty with regards to high end care of all such conditions arise from one or more components of metabolic syndrome like Heart Failure, Chronic liver disease, Chronic kidney disease and Diabetes (related complication). In developing country like India, somewhere 3 to 4 decades ago to subject a patient for liver or kidney transplant used to be mere dream of treating consultants but today we are not only doing the transplants smoothly but also survival rate is getting better and better. But its quiet unfortunate that in spite of all these progress, the actual numbers of such patients needing high end care is steadily on rise, thanks to increase in life expectancy in general and relatively better exposure to needed healthcare. But author do strongly believe that still whatever we are seeing is more at treatment cum cure level but nothing much at prevention level is going on. In decades to come, we have large population at risk, at this very moment for all such advanced staged chronic metabolic conditions. We are in genuine need of a molecule which can be offered to all such early or intermediate metabolic syndrome patient, expecting the improvement in almost all the aspect on the syndrome. Author do believe, the group of drugs known as “SGLT2 Inhibitors”, an originally used for Hyperglycemia management, has now expanded its preventive effects on various metabolic conditions, showing promising results in all the trials and early real world evidences, is the real nomination for the “Metabolic Molecule” or “Disease modifying anti metabolic drugs- DMAMDs” of today.